The price of Bitcoin (BTC) abruptly declined by 10% in a single day on Sep. 4. Following the dip, the sentiment around the cryptocurrency market has become noticeably cautious with the Cryptocurrency Fear & Greed Index flashing “fear” for the first time since July. 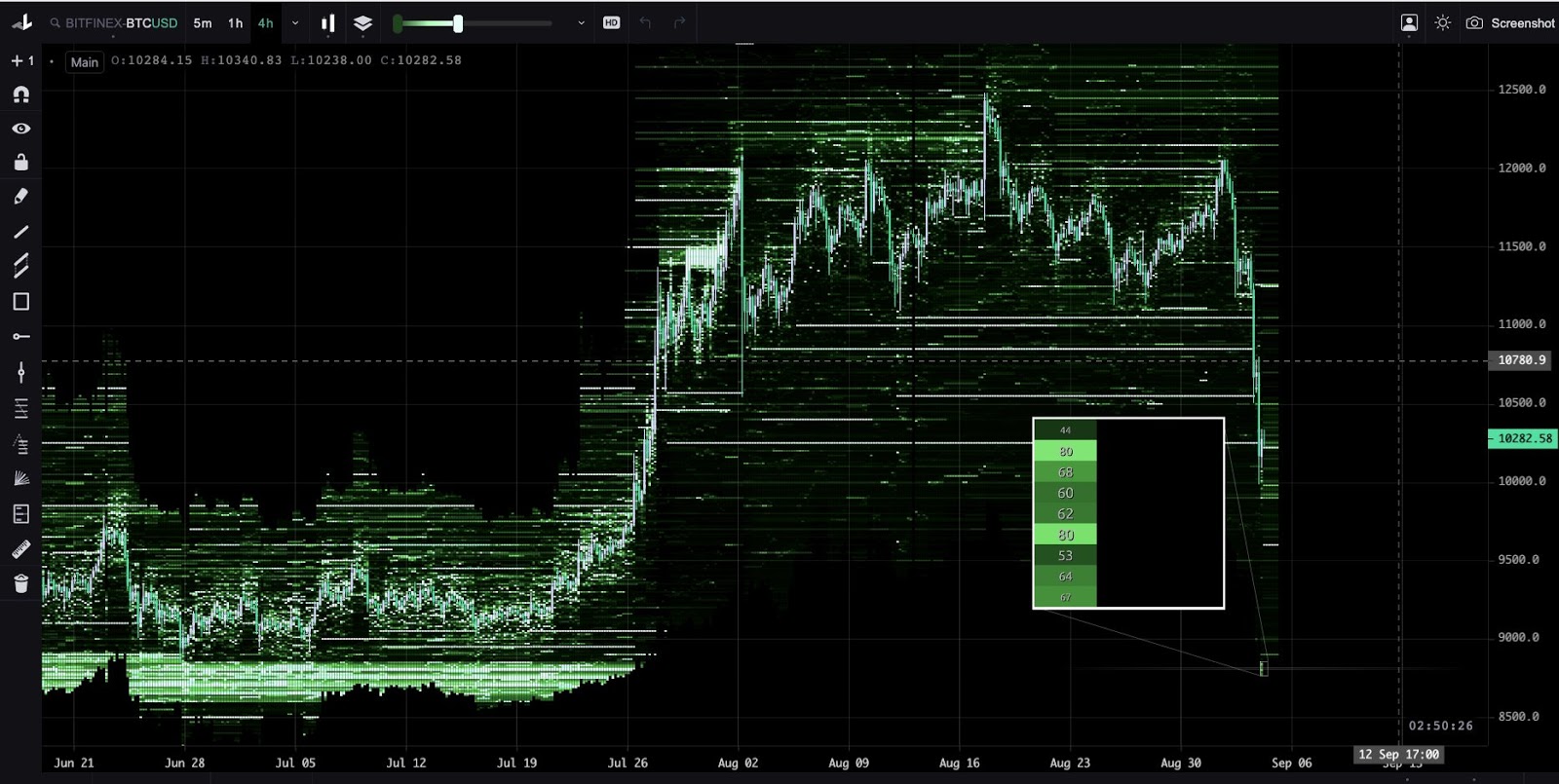 However, market data shows that whales are preparing to purchase Bitcoin at $8,800 support level. It indicates that a March 13-like drop is unlikely to happen, when BTC dropped to as low as $3,600.

Why did Bitcoin drop, and why are whales bidding?

Analysts primarily attribute the correction of Bitcoin to the sell-off from miners. Prior to the drop, analytics firm CryptoQuant pointed out that mining pools were moving to sell BTC.

After tracking the outflows from major pools, data showed that miners moved unusually large amounts of Bitcoin to exchanges. Shortly thereafter, the price of Bitcoin began to drop, eventually declining to sub-$10,000. The researchers said:

“Miners are moving unusually large amounts of #BTC since yesterday. #Poolin, #Slush, #HaoBTC have taken the bitcoins out of the mining wallets and sent some to the exchange.”

When the trend of Bitcoin initially shifts, it tends to extend to the furthest support or resistance level. On March 13, as an example, BTC flash-crashed to as low as $3,600 before a significant bounce. From April to September, Bitcoin recovered from $3,600 to over $12,000.

As such, whales might be expecting Bitcoin to drop to lower support levels, which include $8,800.

“Nice to see you again Bitfinex whale,” on-chain analyst Cole Garner commented today. “Smart money has their bids sitting at $8800. I expect the bottom will likely be around there.”

The data could indicate that whales anticipate a larger pullback to come in the near future. But it also shows that whales do not anticipate a massive correction relative to Bitcoin’s previous pullbacks.

Since March, the price of Bitcoin has rallied 247%, therefore, a correction was likely not a surprise to many traders. As reported earlier today, Raoul Pal, the CEO of Global Macro Investor, said 25%-40% pullbacks in a bull market are typical for Bitcoin. He noted:

“In the post-Halving bull cycles, bitcoin can often correct 25% (even 40% + in 2017), throwing off the short-term traders (or giving swing traders a shot at the short side). Each of those was a buying opportunity. DCA opportunity ahead?”

What happens to BTC next?

Whale data provider Whalemap said many so-called “HODLers” panic sold Bitcoin as it dropped. The rapid pullback of BTC might have caught investors off guard, given the intensity of the drop. Whalemap said:

“A lot of panic selling yesterday from HODLers who were quite successful in buying tops. Their strategy seems to be – buy high sell low.”

Yesterday’s correction was a combination of whales taking profit and investors panic-selling, and that could increase the chances of lower volatility in the near term. 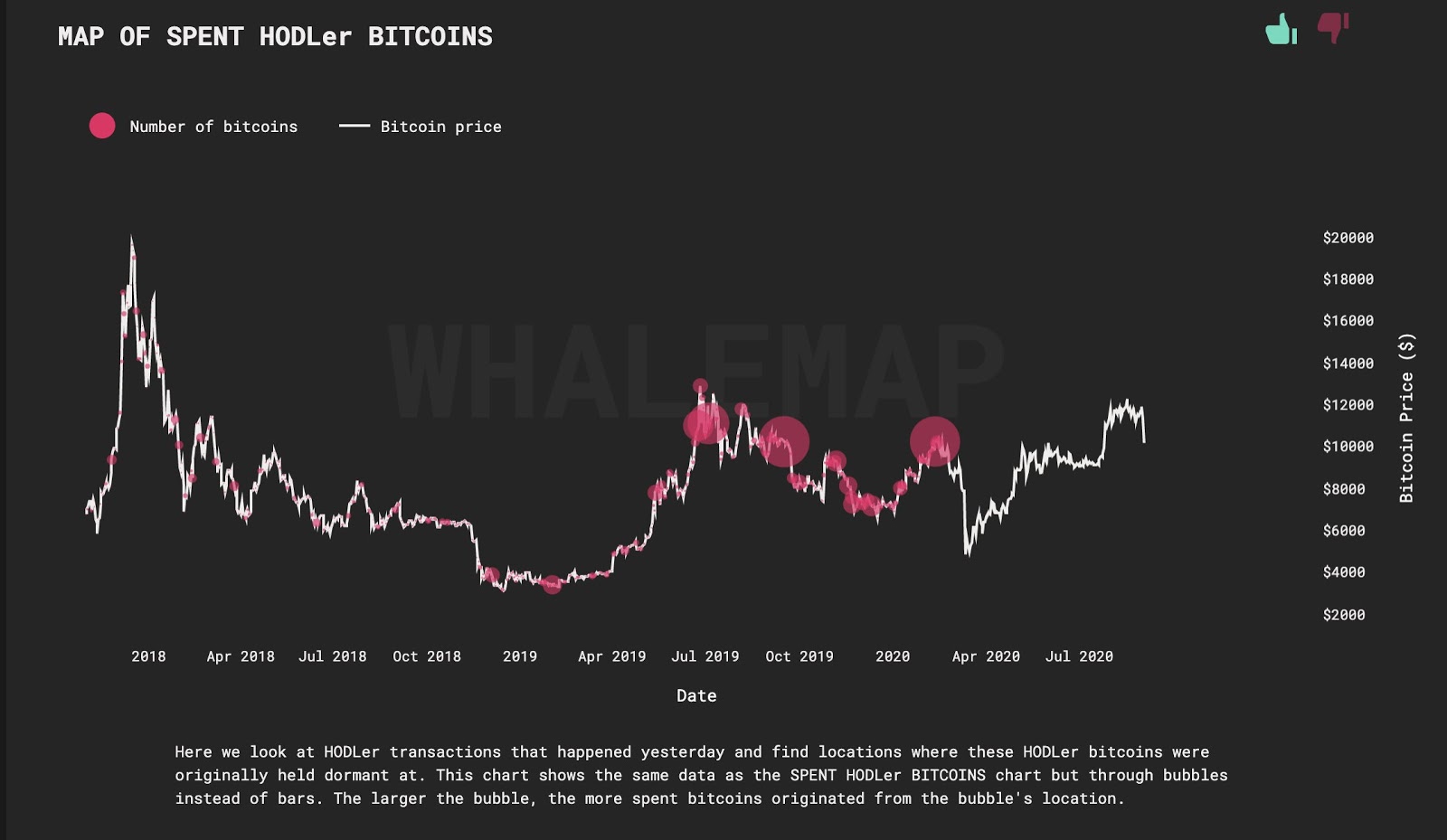 A map of whales selling and buying BTC. Source: Whalemap

In the short term, Michael van de Poppe, a full-time trader at the Amsterdam Stock Exchange, said that Bitcoin may be nearing a bottom formation. Expecting a period of consolidation, Van de Poppe said that this drop in the markets may not be the end of the current “altseason.” He said:

“In my opinion, we’re close to a bottom formation on $BTC in these regions confluent with the CME gap. Trade the bounces actively as a HL has to construct for confirmation of support. Crazy altseason continues coming months.”