Elon Musk is back on track to buy Twitter. The billionaire originally decided to buy the social media network back in April 2022, settling on a price tag of roughly $44 billion. He subsequently attempted to cancel the agreement, claiming inadequate transparency from Twitter regarding the firm’s financial health as well as fake account and spam bot prevalence on the platform. Musk now intends to complete the original $44 billion deal, according to a legal filing.

In light of recent escalations in the Ukraine-Russia war, the European Union has banned crypto activity between member regions and Russia, no matter how small the transaction. The ban covers “all crypto-asset wallets, accounts, or custody services, irrespective of the amount of the wallet,” according to an Oct. 6 statement from the European Commission. Russia, on the other hand, has taken the opposite stance, evident in its approval of cross-border crypto activity in recent weeks.

SWIFT says it has reached a ‘breakthrough’ in recent CBDC experiments

The Society for Worldwide Interbank Financial Telecommunication (SWIFT), a key cog in the global payments system, unveiled a successful test related to central bank digital currencies (CBDCs). In short, the test proved interoperability between CBDCs globally. “For CBDCs, our solution will enable central banks to connect their own networks simply and directly to all the other payments systems in the world through a single gateway,” SWIFT chief innovation officer Tom Zschach said in an Oct. 5 statement. SWIFT’s other test pertained to tokenized assets.

The Middle East and North Africa, known as the MENA region, took the cake for fastest crypto growth this past year. Between July 2021 and June 2022, the volume of crypto transactions in the region hit $566 billion, a 48% increase from the year prior, according to a Chainalysis report. Crypto usage in the MENA region ranged from capital preservation and remittance payments to institutional activity. Latin America took second in terms of growth at 40%, and North America came in third with 36%.

FTX and Visa partner to permit crypto payments in 40 countries

Crypto exchange FTX unveiled that it has teamed up with Visa to produce a reportedly feeless debit card. Launching such a card has been a long-standing goal of FTX CEO Sam Bankman-Fried. The FTX Visa card will reportedly be available in 40 countries. The card’s website states the card is also free to own.

“NFTs can give you the technical ability to take ownership of a game asset out of the control of the publisher of the game.

“This recession is in its earliest stages, and the smarter play is to let the Fed’s monetary policy shifts play out and save capital.

“As it stands, owning digital art is still relatively foreign to most people and, at most, it’s a cool concept.

“All financial goods will move across blockchain networks in the future.

Curtis Loftis, treasurer for the U.S. state of South Carolina

Bitcoin posted another week of largely range-bound price action, trading between $19,000 and $20,500 for the most part, according to Cointelegraph’s BTC price index.

Cointelegraph analyst Marcel Pechman detailed the potential importance of Q3 earnings announcements expected in October from big companies such as Tesla and Apple. If negative, the announcements could lead to a falling BTC price if the asset remains correlated to mainstream markets. In contrast, Bitcoin’s scarcity could appeal to investors if inflation woes continue.

Kim Kardashian faces legal action from the United States Securities and Exchange Commission (SEC) for not disclosing one of her Instagram posts as being sponsored, according to the regulator. The celebrity accepted $250,000 in exchange for publishing a promotional post about crypto project EthereumMax (EMAX) on her Instagram account. The act will cost Kardashian a total of $1.26 million in fines, which she has agreed to pay despite not confirming or denying the charges.

BNB Chain was paused briefly this week to combat a cross-chain attack related to the BSC Token Hub bridge. The exploit “resulted in extra BNB,” according to an Oct. 6 tweet from Binance CEO Changpeng Zhao. Although the chain was able to freeze $7 million, estimates say roughly $70 to $80 million was stolen, down from earlier estimates of $100 million. BNB Chain successfully resumed activity on Oct. 7.

The broad hunt for members of the Terra team has resulted in its first arrest: head of Terraform Labs’ business team Yoo Mo was taken into custody by South Korean police. A Seoul Southern District Court judge dismissed the arrest warrant shortly after, questioning the regulatory claims of the accusations, although Mo is not allowed to leave South Korea. The Terra crypto project collapsed in outlandish fashion earlier in 2022. Project leader Do Kwon remains at large.

What remains in the NFT market now that the dust has settled?

From profile pictures to celebrity endorsements, the NFT space has changed a lot since the market boom in 2021.

Federal regulators are preparing to pass judgment on Ethereum

The Securities and Exchange Commission is moving to take action against Ethereum that reaches far beyond the United States’ borders. 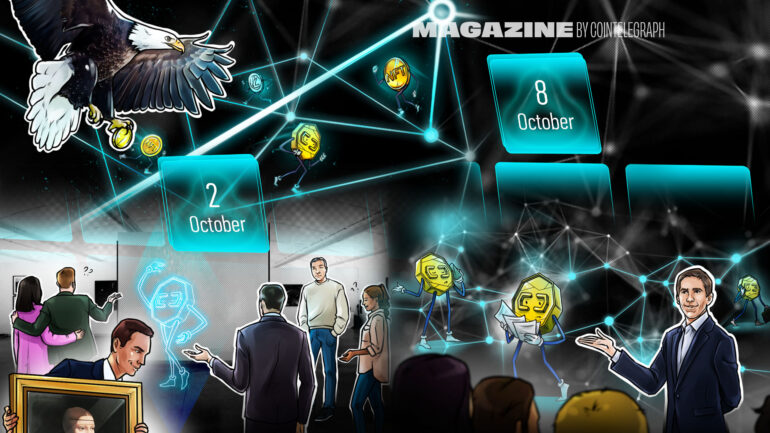 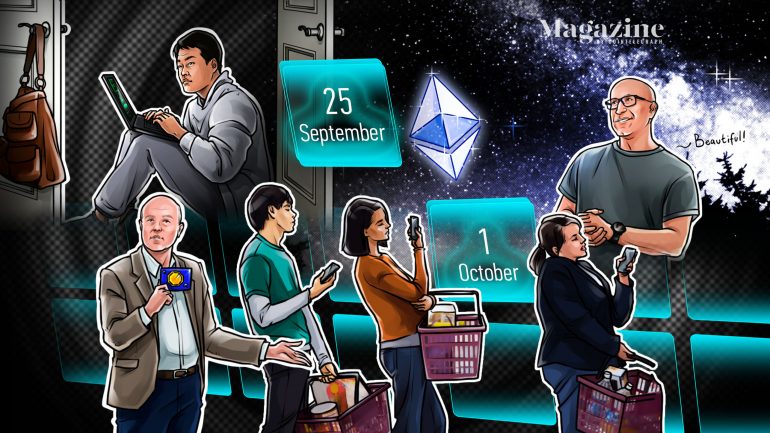 by Editorial Staff6 minOctober 1, 2022
Most popular

Crypto City Guide to Prague: Bitcoin in the heart of Europe

How to mint an NFT on Solana SolSea?
Decentralized exchange Uniswap v3 gets ‘Warp’ed’ onto StarkNet
Follow @ioBanker